“I am different than most doctors. While others strive to treat, I strive to cure. Being independent and free of constraints imposed by corporations and insurance companies, I have the luxury of time to interact with my patients.” 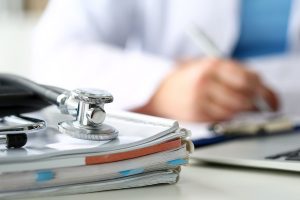 Prior to my Medical Training, I learned and became successful in sports, competing at an elite level. Implementing unique, high-level skill stacking techniques, I became a multi-award winning NCAA All America swimmer as an individual. Additionally I’ve worked closely with other athletes to win multiple NCAA All American relay team national awards. Before it became fashionable, I focused on Far Eastern Civilization and the history of their religion while in college. Little did I know that this would frame my perspective towards how I practice Psychiatry.

In my practice, I still use aspects of the 4,000 year old teachings of Buddhism. Though definitively Western, I implement both Eastern and Western philosophies. Taking what I consider to be the best set of theories for each individual patient, I implement a treatment method that best harmonizes with each patient’s unique needs.

My initial interest was to become a Surgeon to help heal the broken body. As years passed, I soon learned my real passion and talent are in the field of healing the mind –  Cognition, Brain Diseases and redesigning one’s lifestyle. Following the completion of my Psychiatry Residency, Child and Adolescent Psychiatry piqued my interest. I made the correct decision to immerse myself on another level of study increasing my understanding of brain development and the nuances of Brain Disorders.

During my Residency at the University of Southern California, I opened a Private Practice in Beverly Hills, California, was appointed as head of USC’s Anxiety Disorders Clinic and Professor of Psychiatry at USC. While practicing Psychiatry for over two decades in Beverly Hills, my interests in this field blossomed and I was enamored with understanding the origins and multidimensional treatments of thought disorders (i.e. Anxiety, Depression, Insomnia, Psychosis and other Psychological Disorders).

It became clear I have a unique skillset to accurately diagnose Psychiatric Disorders, resulting in becoming one of the most successful and prolific researchers in Psychiatry, having now conducted over 300 Double-Blind Placebo Controlled Trials on Human subjects as a Primary Investigator. This means nearly every Psychotropic Medication used today to treat Psychiatric Conditions passed through my office and my testing, before becoming available for any Physician to prescribe for Patient use.

My distinctive training provides vital knowledge of pharmaceutical drugs that goes far beyond the masses of the Doctors who prescribe them today. After two decades working in Southern California, I have returned to Stuart, Florida, as the Treasure Coast is my childhood home. My desire is to cure rather than treat symptoms. Many illnesses can be healed without medication. However, when medication is indicated a necessity, I’m able to provide the guidance needed to treat my Patient with the appropriate prescription for their specific needs. When the proper time presents itself, I will taper my Patient off medication once healed.

1996 Board Eligible Child and Adolescent Psychiatry

My perspective towards nutrition incorporates Anatomy, Biochemistry, Paleontology and common sense. Over my years of investigation, I now wholeheartedly disagree with nearly every government agency that provides nutritional guidance, as well as nutrition management in nearly every school in the United States.

I positively love and admire all athletic competition. Specifically, the Psychology that surrounds the elite and professional level of training, and the journey of those pursuing excellence. I have a professional sports mindset. If you are a successful, professional athlete, you know what I mean.

My understanding of the Anatomy of Functional Body Mechanics provides guidance regarding strength training, endurance and nutrition. The combination of developing a successful mental mindset, with focus and drive, for both professional and everyday persons, leads to optimal success.

If any study conclusion is not the result of a Double Blinded, Placebo Controlled Trial, the results are meaningless.

Almost all published research is meaningless findings published to promote the agenda of those paying for the results.

Most of what we “know” is faulty! Further, we are imperfect creatures. So we must learn together.